We built Polaron to serve our own use case needs when we struggled to deploy available Geospatial and Games Industry tools in tera and peta byte scale spatial scenarios:

Polaron builds in the middle where the gaps is.

We designed Polaron to run mainly at back-end. It is computationally heavy and scales well on GPU clusters. On low end devices (such as smartphones) we just pull data from back-end and display through conventional platforms like Unity. It is easy. Simultaneously we keep building Polaron's rendering pipeline further and our own version of a light weight front-end as well.

How do we store and process terabytes of spatial data? We organise the scanned RGB + depth info (we get from sensors) in voxel alike spatial data grids. Lossless but very efficient packing accelerated with distance fields at the higher levels in the hierarchy for fast traversal. Optimal balance between compression ratios, memory access/manipulation, and traversal. Ready for physics and volumetric AI.

Live sensor data integration from stereo camera (a person walks into the room, waves with the arms, turns, then leaves) 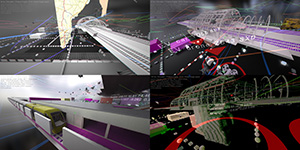 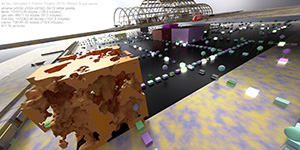 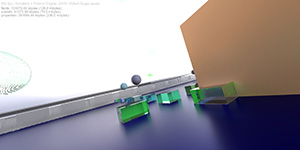 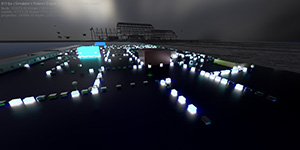 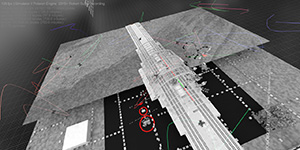 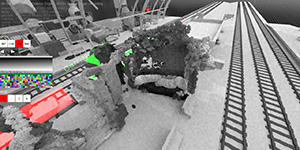 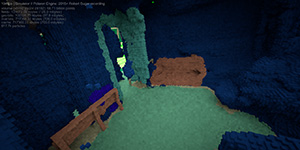 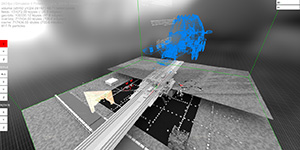 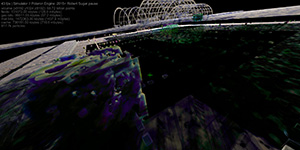 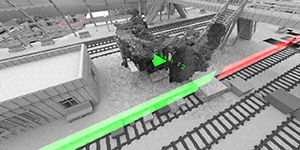 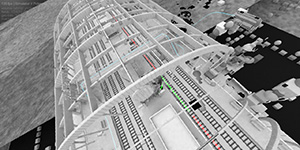 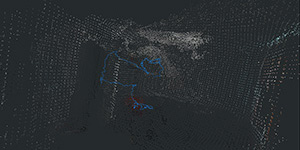